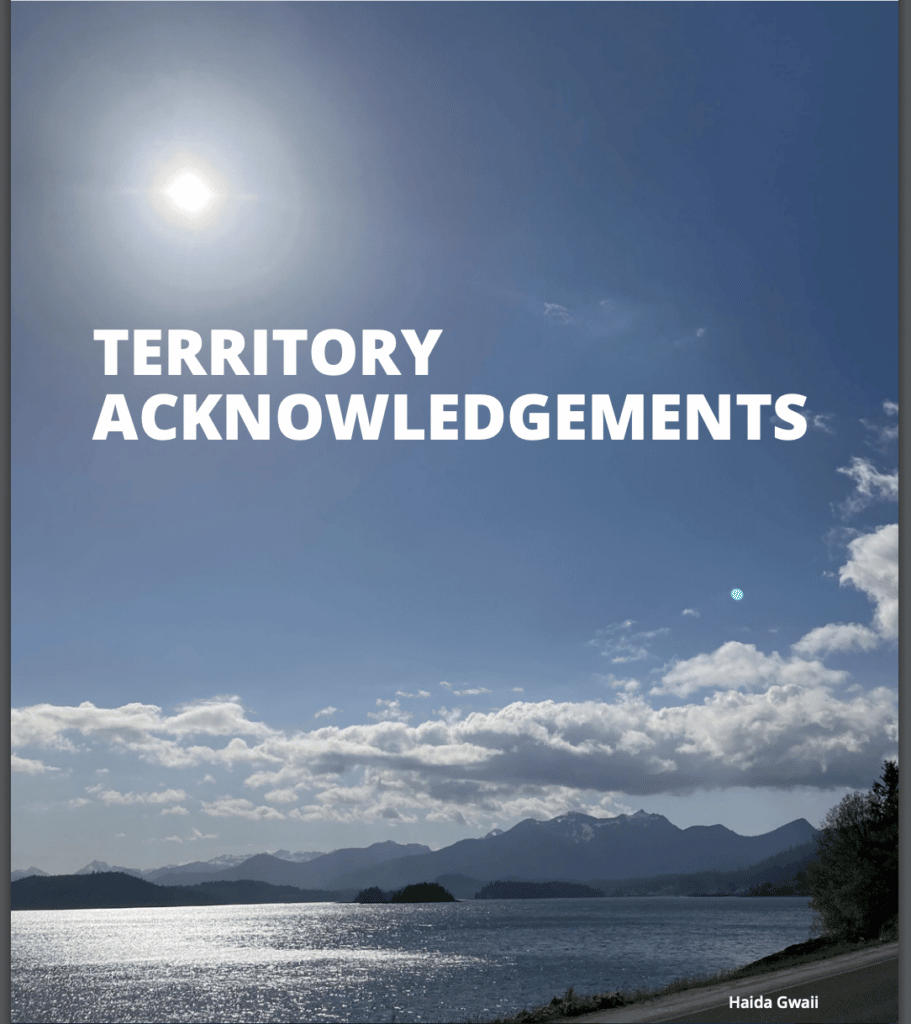 Acknowledging traditional territory is, for many First Nations, a long-standing practice and a regular aspect of governance relationships and ceremony.

In recent years, territory acknowledgments have become common across Canada as an act of respect and reconciliation at formal meetings, conferences, or public events.

Fundamentally, a territory acknowledgment is a relational process, which means that the meaning and purpose of it changes across time and space, and with the specific context in which it takes place.

For example, modern territory acknowledgments are distinct from the traditional protocols, as they recognize rights and land title of First Nations within a context of colonization and reconciliation.

Territory acknowledgments are a subtle way to speak to the truth of historical and ongoing processes of colonialism, and to signal the need for systemic changes in settler society towards Nation-to-Nation relationships with First Nations.

However, as territory acknowledgments become more commonplace, and are often prescribed and pre-scripted, they run the risk of becoming a token gesture rather than a meaningful practice.

This guide will answer some common questions around why and how to acknowledge traditional First Nations territories in British Columbia and share wise practices from institutions across BC and Canada on how to move beyond just recognition to create concrete and systemic improvements in settler-First Nations relationships.

The important thing to remember is that acknowledging traditional territory is a small part of a process, and each individual is at a different stage in their own learning, and their own stage of reconciling with their own history and with First Nations peoples in Canada.