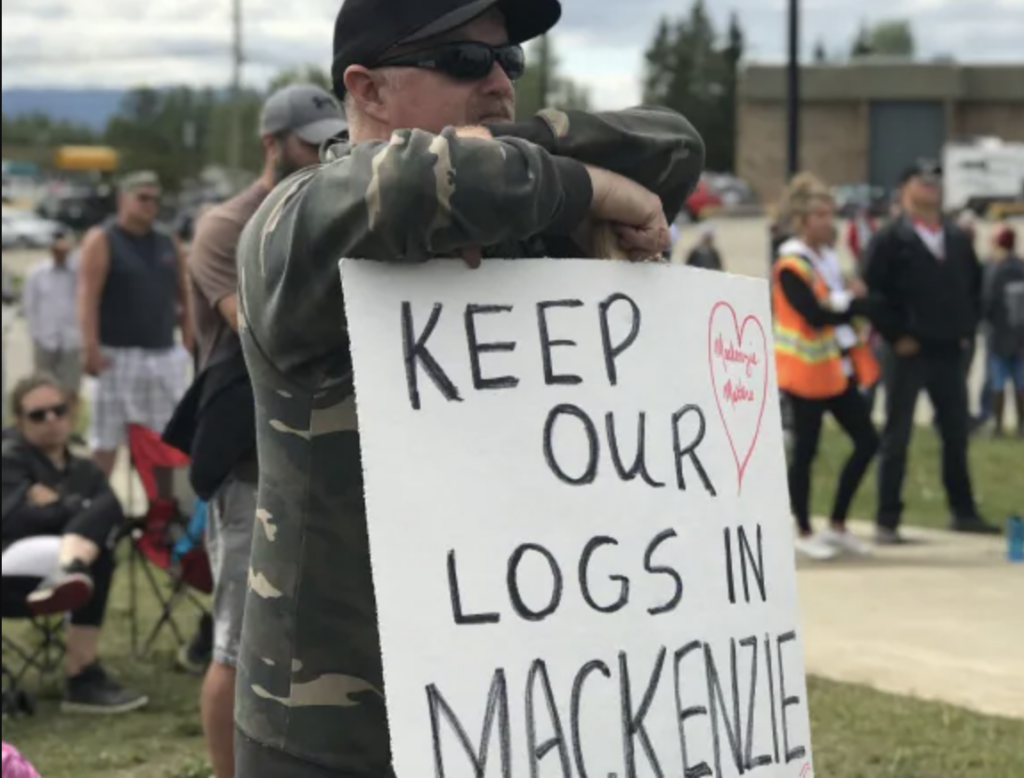 Forestry company Canfor Corp. has signed a letter of intent to sell its forest tenure in the Mackenzie region of British Columbia to two First Nations.

The Vancouver-based company says the sale of its rights to manage the forest and harvest timber to the McLeod Lake Indian Band and Tsay Keh Dene Nation is subject to approval from the provincial government.

The combined price of the two agreements is $70 million.

Canfor CEO Don Kayne said the company is pleased that the sale will allow the two First Nations to grow their leadership in the forest economy and advance stewardship values for the benefit of their communities.

Chief Johnny Pierre of the Tsay Keh Dene Nation said First Nations in B.C. have been relegated to marginal roles in the forest sector for far too long.

“The letter of intent signed with Canfor has the potential to dramatically change this imbalance within the Mackenzie Timber Supply Area,” he said in a news release.

He added the agreement provides a path to the eventual transfer and subdivision of the forest tenure between the two First Nations.

“This purchase represents an important opportunity for us to continue our work toward economic stability and prosperity for our members, communities and business partners, all while ensuring careful and responsible stewardship of our sacred environment in accordance with our Tse’khene laws, customs and traditional knowledge,” added Chief Harley Chingee of the McLeod Lake Indian Band.

The deal could also impact the wider community of Mackenzie, B.C., traditionally a forestry-dependent town northeast of Prince George.

In past years hundreds of jobs have been lost due to closures and curtailments at once-thriving mills, prompting rallies and demands for change.

Most frustrating was seeing logs harvested in the region shipped elsewhere for processing, said Mayor Joan Atkinson, who expressed hope some of those jobs could come back under the new deal.

“I think this is a great opportunity, not just for the District of Mackenzie but especially for the McLeod Lake Indian Band and the Tsay Kay Dene,” she said.

“We’re all working toward reconciliation and we all recognize that our Indigenous partners need a bigger part in this industry.”

Atkinson said she is reaching out to Peak Renewables to find out what their plans for the mill are but has yet to hear back.