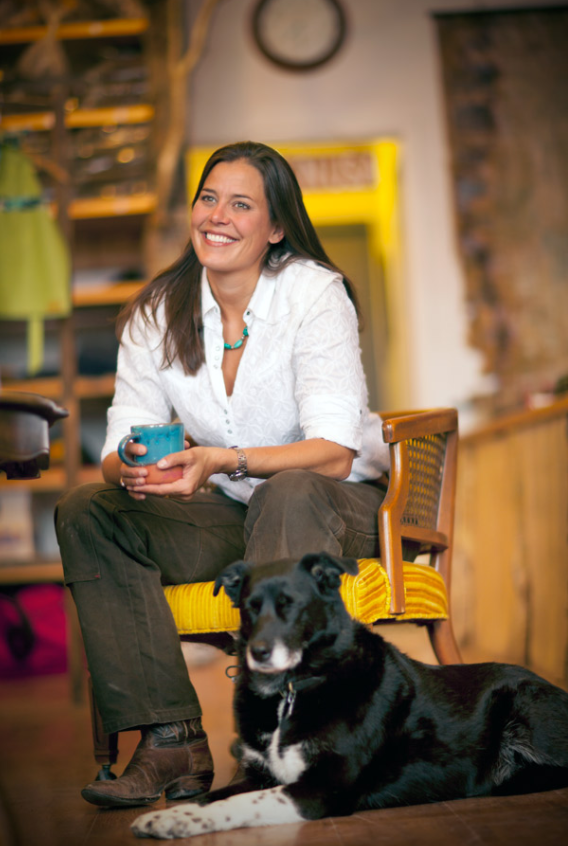 Do you have ants in your pants?

Or rather Sarah has created a successful clothing business, foundation, and music festival, all under the catchy title of Red Ants Pants.

Sarah has nearly two decades of leadership experience in both the non-profit and small business sectors, working in the outdoor education industry before founding the Red Ants Pants women’s clothing company in 2006.

Raised on a farm in rural Connecticut, she was inspired to move to Montana by Ivan Doig’s This House of Sky. From her home in the small, isolated town of White Sulphur Springs, she has become an inspiration to entrepreneurs nationwide and is known for her dedication to supporting rural communities.

Tired of wearing men’s work pants that didn’t fit, Sarah designed pants that would fit, function, and flatter working women. Red Ants Pants are made in the USA, based out of White Sulphur Springs, Montana where the storefront, distribution centre, and international headquarters all reside in an historic saddle shop. Known for their grass roots marketing efforts, including ‘Tour de Pants,’ the company’s direct sales business model is proving effective.

Sarah’s hard work has brought her national recognition as the 2012 National Women in Business Champion for the Small Business Administration. In 2011 she was invited by President Obama to attend a White House forum on jobs and economic development after serving as a US Delegate to the APEC Women in Business Summit hosted by Secretary Hillary Clinton in San Francisco. Closer to home, she was honoured when Governor Schweitzer named her the 2011 Entrepreneur of the Year for the State of Montana. Calhoun and her company have been featured in many national publications including Entrepreneur, National Geographic, Delta Sky, Country Woman, Sunset, and Airstream Life.

Sarah has been called a “revolutionary figure in rural business today” and a “powerhouse of inspiration for women in business.” Her dynamic style and inspiring experiences as an entrepreneur make her a highly sought after keynote speaker. She has given two TEDx talks, dozens of keynote addresses, and has been featured on national television programs such as CNBC, CNN, and Bloomberg.

In 2011, hercreative mind needed more exercise and thus was born the first annual Red Ants Pants Music Festival, where 6,000 fans came to celebrate rural Montana in a cow pasture. Over the years, their ears have enjoyed headliners including Merle Haggard, Emmylou Harris, and Charley Pride. The Red Ants Pants Foundation was formed as the non-profit branch of the project, in support of women’s leadership, working family farms and ranches, and rural communities. The festival continues its success into its seventh year this July 27-30, 2017 with hopes to exceed the record-setting 16,000 attendees of 2016.

While she has risen to the top echelons of success as a rural entrepreneur, Sarah is paying it forward by actively encouraging and mentoring other women starting their own businesses.

Interested in culture as a rural economic driver? Then you’ll enjoy this case study from Lanesboro, Minnesota.