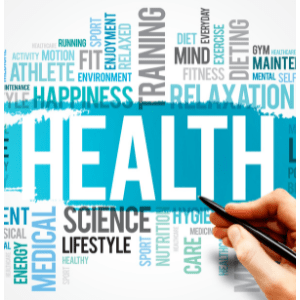 A study of people who use drugs conducted in the qathet region found a variety of negative consequences, likening the situation for drug users to living in a goldfish bowl.

Dr. Geoff Bardwell, the study’s lead, who is affiliated with BC Centre on Substance Use, and is also an assistant professor in the school of health sciences at the University of Waterloo in Ontario, said a couple of years ago, he was contacted by the Powell River Community Action Team (CAT).

“There is really a lack of research and understanding of substance use and addictions issues in the rural and remote communities in BC,” said Bardwell. “This is somewhat surprising to me because rural communities are disproportionately impacted by overdose, yet it seems in British Columbia, most of the research has occurred in Vancouver’s Downtown Eastside.

“As someone who grew up in a rural community, I take issue with that, because if research is driving policy at a provincial level, it would seem you would want to have research that exists across the province, rather than the city.”

Bardwell said he attended a CAT meeting and members talked about what they wanted the research to focus on. Money was found to support a smaller scale study.

Data collection occurred in qathet during the pandemic between July and October 2021. Bardwell said at the time of data collection, there were still COVID-19 measures in place, and it took more coordination than usual, because interviews were happening remotely. He said research is typically conducted face-to-face.

Bardwell said in his meetings with the CAT, and talking with people in qathet, stigma is an important issue, and that is why the paper published as a result of the study focuses on that area.

In terms of finding study participants, Bardwell said the study team worked closely with Lift Community Services, which runs a variety of services, including some for people who use substances. He said study participants were also found through word of mouth. Most people lived in the city but there were also a handful of people interviewed who lived outside of town.

Average length of interviews was between 45 minutes to an hour. All interviews were recorded and then typed out by a transcription service.

In addition to the issue of stigma for substance users, the study also found that drugs in qathet are more expensive than in the city. Bardwell said because of this, users sometimes travel to the city to procure drugs. He said while BC is on the eve of decriminalization of small amounts of drugs for personal possession, one of the features of the study is that thresholds that were set for possession were based on Vancouver data. He said the 2.5-gram limit might be too low for rural users who travel to Vancouver to procure drugs.

“If a person is travelling to the city and purchasing drugs for them and their friends, will those people be protected under the proposed decriminalization policy? The answer is no,” said Bardwell. He said drugs in qathet can cost four times as much as in Vancouver.

Bardwell said there is a small program running here that has a safer supply of drugs, which involves what is called injectable opioid agonist therapy. From studies elsewhere, he added, participants don’t need to engage in crime to support their drug use and they are connected to the health service.

Bardwell said the qathet region was a good place to carry out the study. There seems to be strong community concern through the CAT about substance use, he added.

Money has been procured from the Vancouver Foundation to conduct a larger three-year study. The funding began in August 2022 and the plan is to start interviewing in January 2023.

This study, as with the first, will be in qathet. Part of the study will involve not only engaging with people who use drugs, but also, with people who are delivering services for substance users.

“If we are going to make changes to systems, we don’t only want to talk to one group of people,” said Bardwell.

The study’s conclusion states that it illustrates the unique experiences faced by people who use drugs in a rural and coastal Canadian setting. It’s believed to be the first study of its kind.

This article is part one of a series about results of a drug study initiated by the Powell River Community Action Team.

Written by: Paul Galinski and published on Peak