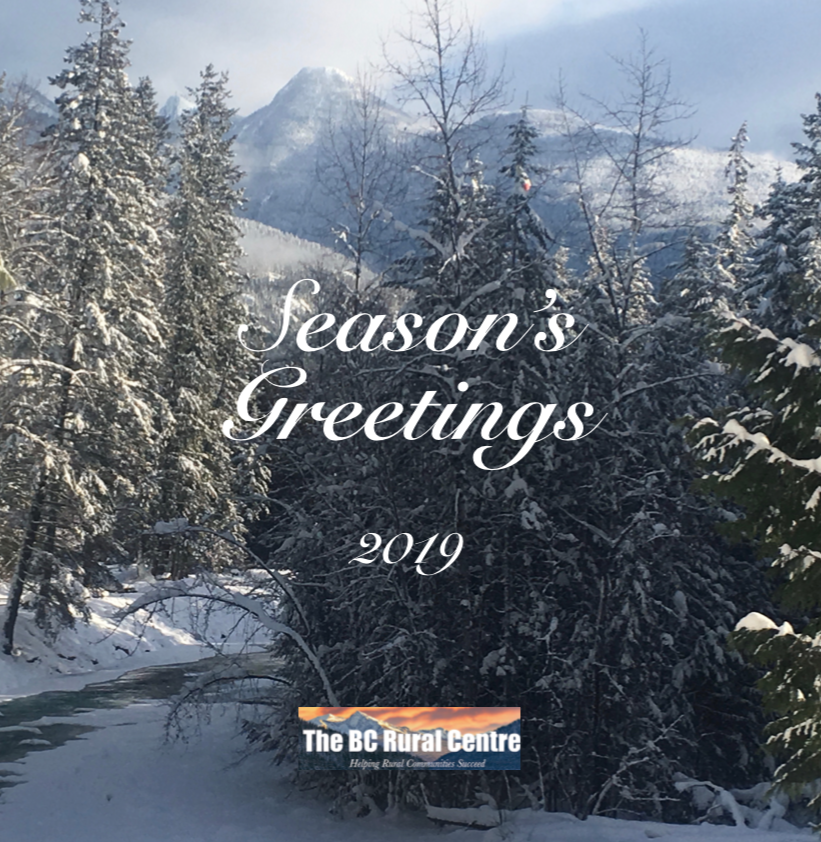 2019 was a successful — and important — year in the BC Rural Centre’s evolution.

Perhaps most significantly over the past 12 months, we’ve succeeded in implementing a new governance structure, creating an Advisory Committee featuring outstanding British Columbians from all across our province. We now, through our structure as well as our actions, clearly represent an organization focussed on issues of importance to all rural and First Nations British Columbians, moving beyond our initial focus on the Southern Interior.

As we move into 2020, we’ll continue to bring you timely information on matters of importance to rural and First Nations British Columbians. We’re going to be particularly engaged in the coming year with an important project we hope will make a significant contribution to helping rural British Columbians understand important advances and changes to how health services are delivered in rural BC.

As has become our custom, we’re delighted once again to take a moment to look back at some highlights from the past year’s work and accomplishments. We’ve chosen to organize them by topic area, to make it easier for you to find information of particular interest.

We want to take this opportunity to thank all the outstanding British Columbians who, over the years through service on our board or otherwise, have helped make the BC Rural Centre the significant resource for our province it has become. And for all of you who turn to our website as a source of timely, important information, we wish you & yours a safe and happy holiday season, as well as good health and good fortune in the new year! 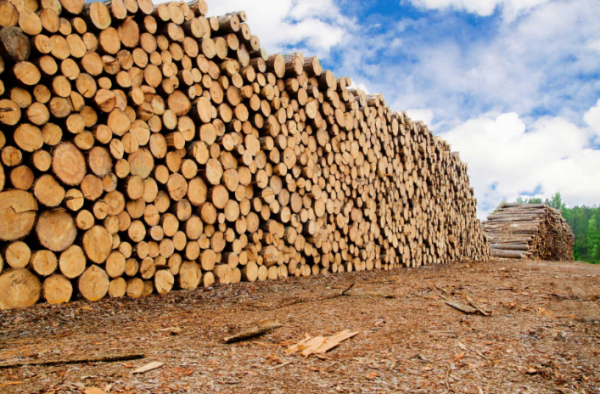 The most recent downturn in the forest sector is creating significant challenges once again for many rural communities and families. We produced what we hope is a useful and thought-provoking submission in response to the provincial government’s call for submissions on interior forestry revitalization.

“I just wanted to say that I enjoyed the video you released last month on the Splatsin First Nation and Village of Lumby collaboration on the Monashee Community Forest.  This is a great example of how community forests can help build relationships between First Nations and non-First Nations communities!”

Splatsin First Nation councillor George William and Lumby mayor Kevin Acton discuss how their respective communities came together to create the Monashee Community Forest — and in the process began to build a greater awareness of the similarities between the First Nation and village, and explore further opportunities for mutually beneficial cooperation and collaboration — in this BC Rural Centre video. 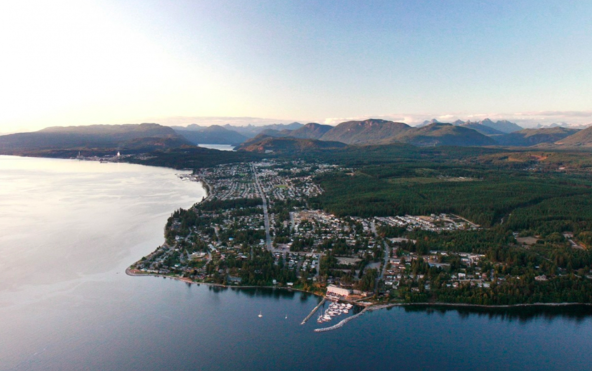 Powell River shares many similarities with other rural BC communities. It was established and grew next to a First Nations community. Its economic growth was primarily based on the forest industry. It has experienced, as have many other BC small towns, significant economic and employment transition issues related to its major forest sector employer. In this following BC Rural Centre report, we look at the unique partnership and collaboration that have emerged between Powell River and Tla’amin Nation. 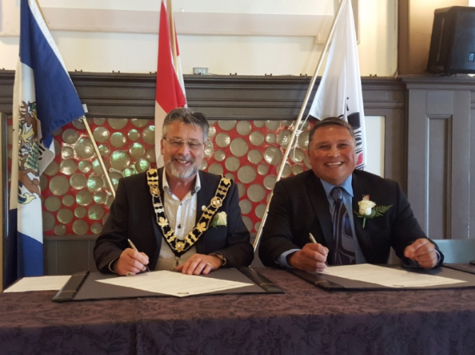 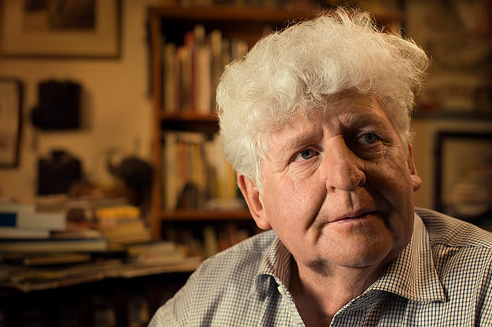 People in the Cowichan Lake communities and Pacheedaht First Nation are benefiting from a unique community forest agreement for the Qala:yit [Kwah-LIE-it] Community Forest, reached in partnership with the provincial government in September 2018. This video provides an interesting overview. 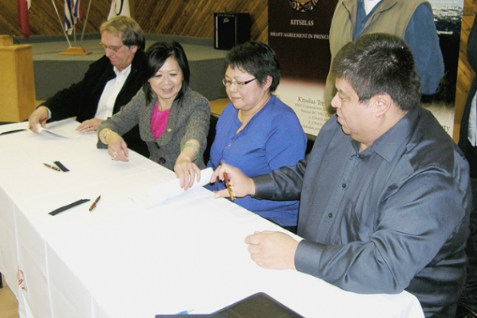 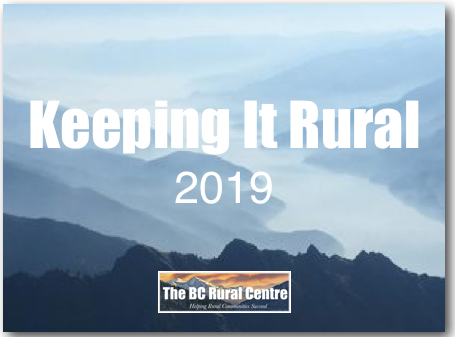 Keeping It Rural, our biennial conference focussing on issues of importance to rural and First Nations citizens was held on October 7th and 8th in Kelowna. An outstanding lineup of presenters tackled topics ranging from community forestry to innovative ways to attract young people to rural communities. Here’s a comprehensive overview of the conference. And here are some examples of presentations made during the two-day conference:

Many rural BC communities find themselves growing every greyer. The need to attract young, urban, entrepreneurial newcomers to communities facing a demographic crisis looms as increasingly important. BC Rural Centre communications director Randy Morse, joined by Kaslo, BC mayor Suzan Hewatt and Escape the City contest winner Rochelle Longval discussed what it takes to entice young people away from big cities to small towns, and how Escape the City helped change lives and boost the fortunes of Kaslo.

In his address to the 2019 Keeping It Rural conference, Nebraskan Milan Wall, founder and Co-Director of the Heartland Center for Leadership Development, showcased examples of small rural communities that have marshalled their own resources to effectively revitalize their economies. 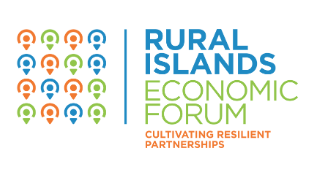 Gordon Borgstrom, and Randy Morse were both invited to serve as panelists at the first-ever Rural Islands Economic Forum, held on Pender Island. This gathering brought together key stakeholders from the southern Gulf Islands, tackling issues ranging from community investment to supporting entrepreneurial activities in the context of the unique geographical, cultural, and political contexts Islanders face.

Between wrenching structural changes in the forestry industry, the pine beetle epidemic, and other significant economic and social changes, countless rural BC communities are struggling to reinvent themselves. For many of these communities, experiential tourism seems a viable economic option.

Not every rural citizen is a fan of tourism as an economic driver. But most rural folks would agree that the sort of experiential tourism advocated by Dana Blouin and her husband, François Blouin in the following podcast — tourism that respectfully celebrates local culture, talent, and nature — is hard not to like!

Indigenous tourism can provide a culturally sensitive boost to First Nations’ economies, as demonstrated in this video. 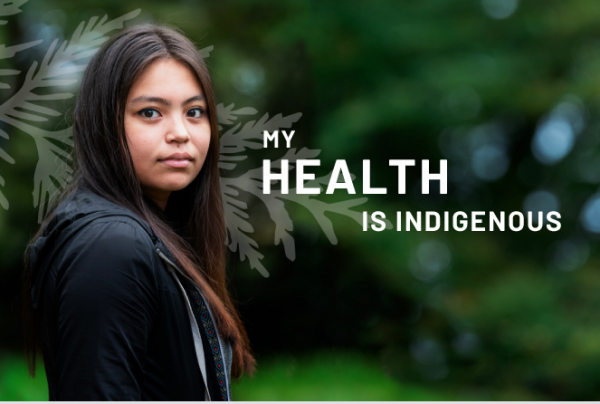 Beginning in late January, we started working with a coalition of virtually all of BC’s health stakeholders, from the Ministry of Health to the Doctors of BC; from the First Nations Health Authority to the province’s regional health authorities, focussed on exploring a transformation of the shaping and delivery of health & wellness services to rural British Columbians and First Nations members.

As matters relating to health & wellness are of primary importance to so many rural citizens, we devoted a great deal of time and effort on related topics in 2019. Here are a few examples:

The BC Rural Centre invited Dr. David Snadden, Doctors of BC’s UBC Chair in Rural Health, to lead a conversation on issues and innovations on British Columbia’s rural healthcare front. Here’s a recording of Dr. Snadden’s presentation from February of this year. 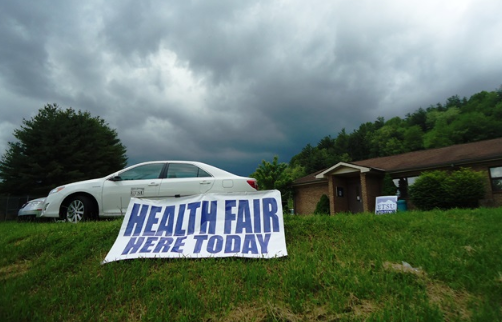 Providing excellent healthcare in rural and remote BC communities, regions, and First Nations presents a set of unique challenges, including vast distances, lack of transportation infrastructure, staffing difficulties, scattered populations, poor or no bandwidth, and a range of socio-economic conditions that impact on health and well-being. In a BC Rural Centre report, we showcase a number of initiatives that attempt to tackle some of these challenges, in the process suggesting ways rural BC health care may improve going forward.

We sat down with five leading BC healthcare specialists, each with something to say of importance for rural British Columbians who care about the future of healthcare access and delivery in their communities. The five resultant podcasts can be found here.

The community of Gabriola Island was selected for the Rural Coordination Centre of BC’s 2018 BC Rural Community Award at the BC Rural Health Conference in Nanaimo, BC, on May 12, 2018. The community was honoured for its innovation and resiliency in recovering from a healthcare crisis in 2006, when one of the island’s physicians – frustrated by a lack of medical facilities and services – nearly left. Here’s their story.

This report features three rural hospice and palliative care model programs and successful rural projects in the U.S. that can serve as a source of ideas, and provide lessons others have learned for practitioners and rural community-based organizations in British Columbia, and elsewhere in rural Canada.

B.C. Auditor General Carol Bellringer released a report in March on the BC Emergency Health Service, confirming what many people in rural B.C. already know: service levels and response times could use improvement. The report found that access to emergency health services varies depending on where you live, with fewer or no paramedics trained to provide advanced care in rural and remote communities.

AS WE LOOK forward to 2020, our work in the area of rural and First Nations health & wellness looms large.

Of course we’ll continue to do our utmost to showcase rural successes and share pertinent information on a wide variety of topics important to rural and First Nations leaders and citizens.

In closing, we hope you’ve found  this overview informative. Should you have questions regarding any of the above, or about our activities generally, we’d be delighted to hear from you!