The exodus of homebuyers from major urban centres is one of the more interesting curveballs thrown at the Canadian real estate space by COVID-19. The sudden creation of what many feel will be a lasting remote work paradigm forced the country’s homeowners to question the logic of paying big city prices for their properties if proximity to a job downtown is no longer part of their dream home checklist. If you can live anywhere and still be able to clock-in for work, why not sell at today’s inflated prices and pay cash for what’s almost certainly going to be a larger property in a quieter, less congested community?

It makes sense. To a point.

COVID-19 has provided an unexpected opportunity for homeowners in hot markets to cash out and relocate, but much of this frenzied leaping into 20- and 25-year mortgage commitments has been triggered by what is an objectively short-term phenomenon. By February 2022, no-one will be making financial bets based on COVID-19; some may, however, already regret the wagers they made in 2020.

MBN wanted to take a closer look at Canada’s urban exodus, the sustainability of which some economists are already questioning. It has been a boon for small town realtors and mortgage brokers, but where will these new homeowners be once cities regain their reputation as the employment, educational, and cultural capitals they have always been? What happens to first-time homebuyers who get priced out of historically affordable markets and must now pray that lenders are willing to play ball in a rural community of 30,000 people?

Some of the ripple effects of the urban exodus will not be felt for years, but some are washing over small Canadian communities as you read this.

Without question, the cohort most impacted by the urban exodus has been prospective buyers in formerly affordable smaller markets.

This is hardly a new trend. Sellers in pricey urban markets like Greater Vancouver and Toronto have been cashing-out and purchasing larger properties in nearby cities like Nanaimo, Surrey, and Abbotsford (in British Columbia); and Hamilton, Oshawa, and Guelph (in Ontario) for years. The result has been an influx of demand in cities even further afield – sleepier Ontario communities like Milton, Orangeville, and Peterborough; or virtually any city on Vancouver Island.

Until last year, residents of these formerly secondary and tertiary markets still had options. If Peterborough gets too expensive, buy in Lindsay. If you can’t afford Kelowna, there’s always Penticton. Now that big-city buyers are coming to town with enough cash to smother most local bids, prices in even off-the grid Ontario communities like Dunnville or Cayuga, both south of Hamilton, have risen to levels few locals are prepared to pay.

“They’re going through the roof,” says Graeme Moss of Hamilton-based Fair Mortgage Solutions of home prices in the region. “A home that would have gone for $300,000 two or three years ago is now going for $545,000 or more.”

According to the Canadian Real Estate Association, the average price of homes sold in Ontario in December 2020 was 20.1% higher than a year before.

Moss says buyers considering bidding on properties priced in the $550,000 range know they may realistically need to bring as much as $700,000 to the table to eventually come out victorious in any competitive bidding scenarios.

Giving advice in such a roiled market is tricky.

“People are feeling that the prices are so high that they can’t be sustained. They’re asking if it’s a bubble, and we’re not sure what to say,” Moss said. “The prices seem very, very high. But if we say to a person, ‘Step back and don’t transact,’ what if in six months prices are higher again?”

The problem is less pronounced in Alberta, where six years of soft home values and a pistol-whipped economy have kept home prices grounded in both the province’s major cities and its rural communities. But something’s definitely happening in Wild Rose country. The average sale price in Alberta rose a healthy 12.3% in January, but the only urban market to experience price gains of more than 8% was Lethbridge – the benchmark price in Calgary rose only 1.9% in January, Fort McMurray’s was down a horrifying 25.8% — indicating that much of the price growth must be happening in off-the-radar communities.

Tim Hurlbut of TNT Mortgages says Albertans will likely remain open to paying higher prices because of the intangible benefits of rural living.

“The reason for the exodus, in my opinion, is more people are being forced to spend time with family and are enjoying it,” he said. “The hustle and bustle can be tough on families and relationships, and people realize a slower pace in life can be more enjoyable.”

In B.C., Centum’s Reza Sabour says the price increases related to the exodus from Vancouver can be seen as people flee the city to the east.

“When they do, it creates a bit of a tsunami of escalating prices,” Sabour said. “For example, as people in downtown Vancouver head to Burnaby, the prices in Burnaby soar. When people in Burnaby head to New Westminster, the prices in New Westminster soar. With each level of migration, the next city experiences a price increase due to the demand and very limited stock of supply.”

Sabour said B.C.’s interior, formerly a bastion of affordability, is another area where urban buyers have been driving up prices. The British Columbia Real Estate Association said interior markets like Kamloops, Kootenay, Okanagan Mainline, and South Okanagan all posted average price growth of between 19% and 37.2% in 2020.

What happens to borrowers who can no longer afford to purchase in the small cities they currently call home? They can play their own versions of “drive ‘til you qualify”, but small towns and big mortgages don’t usually mix. Lenders, wary of the risk of selling a foreclosed property in a small town, often display a hesitancy to lend to the same extent in rural communities that they do in cities.

“Extreme rural properties have always been scrutinized more heavily by lenders, especially if they are not connected to a major city’s water supply,” Sabour said. “If they rely strictly on septic or well water, for example, then they can be more difficult to finance. Buyers do typically need to adjust their expectations and strategies in the sense that the more rural and smaller the community they plan to move to becomes, the less lender options exist.”

Hurlbut feels lenders are “not very eager at all” to lend in towns and small rural cities, but he adds that the situation is “100% not their fault.”

“If fewer people want to buy properties for sale, the value can fluctuate too much.  The loan amounts are also smaller, which means fewer total dollars are funded for the same amount or more work” on the lender’s part, Hurlbut said.

Moss said that some lenders brought into small-town deals have been edging away from the 80% loan-to-value ratios typically seen in more densely populated cities to a more conservative 65%.

“Your options become more limited, in a way, if it’s more rural or small,” Moss said. “There are lenders that will say, ‘We want it within 30 kilometres of Hamilton or a rural population center.’”

Because of the demand for housing and the amount of price growth seen in smaller communities, some lenders are beginning to soften their stances on where and how much to lend. John Vo of Spicer Vo Mortgage in Dartmouth, Nova Scotia, told MBN that he experienced multiple scenarios in 2020 where lenders first reduced the amount they were willing to lend on a property because of its rural location only to change course and fund between 75% and 80% in towns like Lake Echo and Wolfville.

“They increased the rate a little bit because they knew it was a little farther than what they wanted to do, but they were willing to do it,” he said.

Hurlbut said homeowners must approach rural purchases with realistic expectations. Without the same market drivers that have traditionally supported home values in larger cities, like employment growth or post-secondary education facilities, appreciation is not necessarily guaranteed, particularly if the exodus fizzles out.

“Do not expect your property to double, triple or quadruple in value. Your property should not be your retirement plan,” Hurlbut said, adding that if rural buyers find themselves self-employed or in financial trouble, “the rates will be much higher – or not there at all.”

CIBC’s Benjamin Tal was the first prominent economist to sound the alarm over the eventual end of the urban exodus, which he argues will take place when businesses decide they want their workers back in an accessible central location. If living in a small town then means hundreds of dollars in fresh commuting and lunch costs every month, many may be forced to rethink their shiny new mortgages.

But some, like RateSpy founder Robert McLister, don’t see the remote work revolution winding down any time soon.

“It’s not for everyone, but countless companies have discovered that work-from-home works. That and a desire to slash expensive office space and keep employees happy will make remote working a long-term trend,” McLister said.

But McLister agrees that rural real estate’s time in the sun will likely be short-lived.

“The exodus will end at some point, and people will start absorbing the supply in urban centres. When that happens, potentially this year or next, any price weakness should correct itself,” he said.

Vo, too, believes a correction will be coming, one that should slow sales rather than tank home values.

“Right now, everybody wants distance from each other – rightfully so – but I think at some point in time people are going to gravitate back to the urban cities and these rural communities will lose their oomph a little bit,” Vo said. “At the end of the day, we’ll just start to see some homes sit on the market longer than they used to.”

Hurlbut feels that Canada’s inevitable recovery in employment will result in businesses bringing their workers back to a central office where they can better monitor their efficiency. But he doesn’t see this future trend eroding home values to a material extent.

“As for homeowners struggling with negative equity, I would say that would be a ‘no’. The exodus is mostly made up of people who can afford to leave and will not return to their hectic lifestyles as they have made their money,” he said. “The core will return with a new set of people as it always does, and the people who won the lottery in the form of quadruple property values will stay in a relaxed lifestyle with their property values staying the same.”

There also remains the question of just how long and how deeply these new rural homeowners and their city-raised children remain in love with their new communities. If an individual, for example, had difficulty committing to wearing a weightless piece of cloth over his face a few minutes a day, how easily will the same person be willing to commit to a community that has no malls, no restaurants, one school, and is a lengthy drive from any friends or family? When these homeowners tire of rural life, the line-up of people waiting to take their place may not be so long in 2026.

“I do find it interesting,” Vo said, “that people are making life-long decisions because of what’s going on in the short-term.” 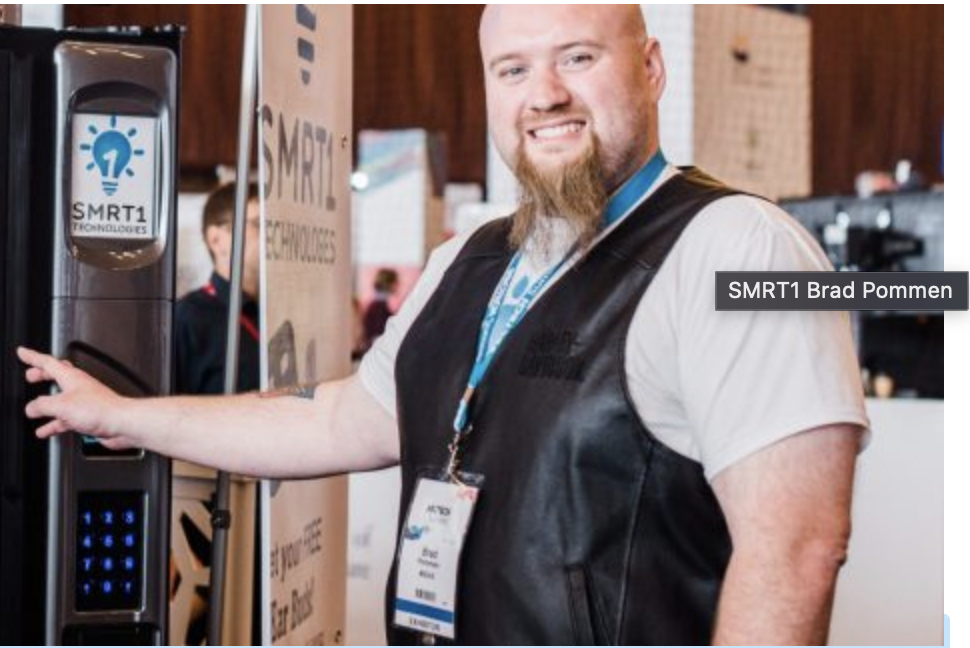 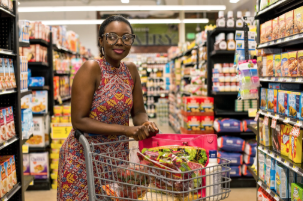 Local Immigration: Assessing the Policy Capacity of Smaller Communities December 11, 2021 - Who should decide whether a smaller community is ready to welcome foreign-born residents? Who should… END_OF_DOCUMENT_TOKEN_TO_BE_REPLACED

Regulations Urged for Short-term Rentals December 11, 2021 - The Union of B.C. Municipalities (UBCM) has made 13 requests of the province to consider… END_OF_DOCUMENT_TOKEN_TO_BE_REPLACED
Posting....